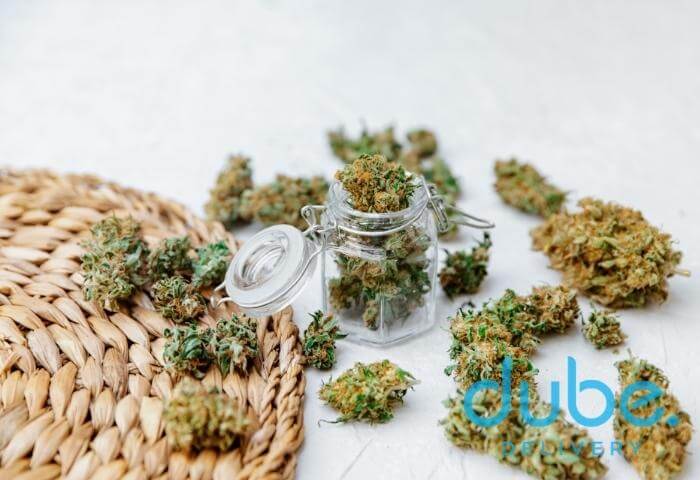 As of 2022, 11 states have legalized the use of recreational marijuana and 35 have medical marijuana programs. Legalization is gaining momentum. From our point of view, it looks like it’s only going to get higher.

Although 2022 has only just begun, some of the best and strongest weed strains are already starting to emerge for this year.

All the time, growers are mixing and creating new strains to achieve a higher potency of THC. These strains are capable of getting you unbelievably high at a faster rate than their predecessors.

Keep reading to learn our top picks for the strongest weed strains of 2022. 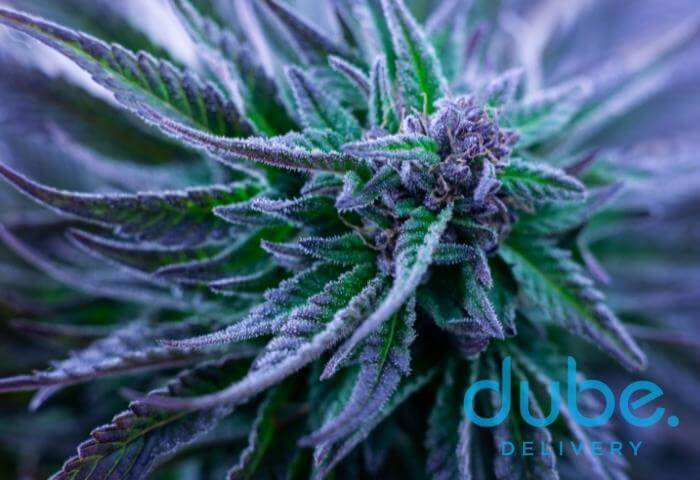 Cannabis strains are always separated into three categories. They are Indica strains, Sativa strains, and hybrid strains. Each will affect the kind of high you have after you smoke.

Yet, they are not an exact science. Different terpenes, cannabinoids, and your own body and mental state will influence how you experience a strain.

A strain’s strength heavily relies on the percentage of THC present per gram. THC is the psychoactive cannabinoid contributing to the high you experience. But keep in mind that THC content isn’t the only factor to dictate this.

A strain with 27% THC could have better effects compared to a strain with 30% THC if it has the right mix of other cannabinoids. Cannabis strength and potency can get confusing, that’s why lists like ours are helpful. 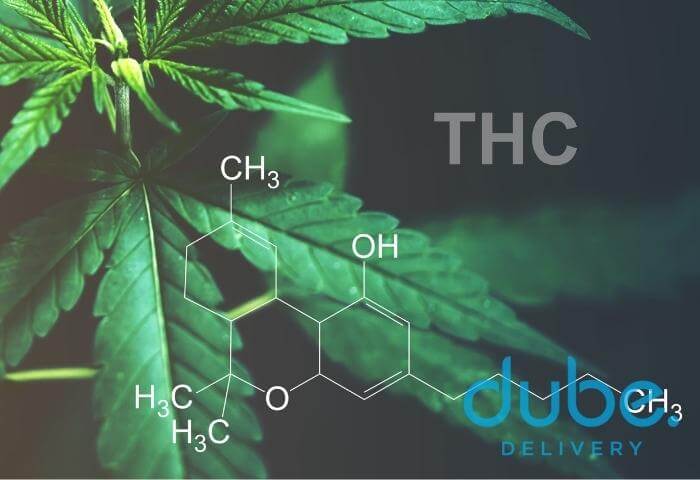 Chemdog has been among the strongest weed strains for some time now. It was created at a Grateful Dead concert by the breeder “Chemdog” in the 90s.

This is a hybrid strain with a THC content of more than 30%. Since its conception, Chemdog has been used in combination to create other popular strains such as Sour Diesel and GG4.

You will enjoy this strain if you are looking to relieve stress, anxiety, and sore muscles. It brings a strong body buzz while also delivering a serious mental high.

Trainwreck is another hybrid, yet it features strong Sativa dominance. Though it is 90% Sativa, don’t let the Indica effects surprise you when you try this strain.

Trainwreck has been popular with the medicinal marijuana crowd for a while. This is because it can be great for helping with symptoms of ADHD, chronic pain, stress, and more.

If you try trainwreck, make sure you don’t have much going on. This strain is known for its body high that keeps you on the couch. It’s great if you’ve been wanting to binge a new tv show or do a movie marathon.

You may have heard of GG4 by a few different names. It has been known by the following names for some years now.

GG4 has won several awards since 2014. It is a cross between three other popular strains Sour Dubb, Chem Sis, and Chocolate Diesel. GG4 has a THC level between 27% and 30% making it very potent.

This strain is great for a night in. It is fast-acting and usually causes body lock even though it’s not Indica. You can enjoy a great high that chills you out and may reduce any pain you might be experiencing.

Godfather OG has been known as one of the best Indica strains since 2015. Be careful if you buy this one because there are many different Godfather OG strains. You’ll want to ask for clarification from your budtender.

This strain typically has around 28% THC, but its levels can reach up to a whopping 34% on occasion.

When you try Godfather OG you’ll be welcomed by a euphoric feeling that spreads to your entire body. Stress and worry begin to melt away and you are left feeling pleasantly high for the rest of the evening.

Strawberry Banana is a winner. It tastes amazing and it has a slow-developing high that becomes more powerful as time goes on. This strain is great for people who don’t like the feeling of weed hitting them like a train.

Strawberry Banana’s THC levels test between 25% and 31%. It is a hybrid that leans toward Indica, so your high can begin cerebrally and slowly become more tranquilizing.

King Louis is notorious for its sedating effects. This is not a strain that you’ll want to smoke during the day. If you’re trying King Louis, put on some cozy pajamas and get ready to tuck yourself into bed because it’ll knock you out.

This Indica-dominant hybrid is a potent strain with a THC level of 24% on average. Many medical marijuana patients look to King Louis to relieve chronic pain and insomnia.

Sour diesel is likely a strain that you’ve heard of before. It is Sativa-dominant and known for its mind-boosting effect as well as its heavy body high. Sour diesel is among the highest THC Sativa strains that have a head rush effect.

This strain is famous in medicinal circles, but it has been used recreationally by all kinds of people for a while now. Sour Diesel is one of the best strains to roll up with some friends and chill for a night in. 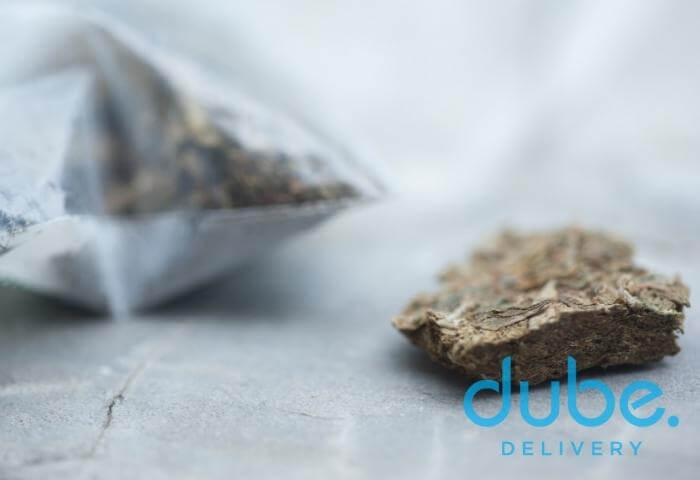 Another great Sativa-dominant strain is Super Lemon Haze. It was born from Super Silver Haze and Lemon Skunk. As the name suggests, it has a lemony taste and smell that is quite enjoyable.

Super Lemon Haze is one of the most energizing strains that you can find with a THC level of around 20%. It is often hard-hitting, so be prepared for the high to feel like it came out of nowhere. 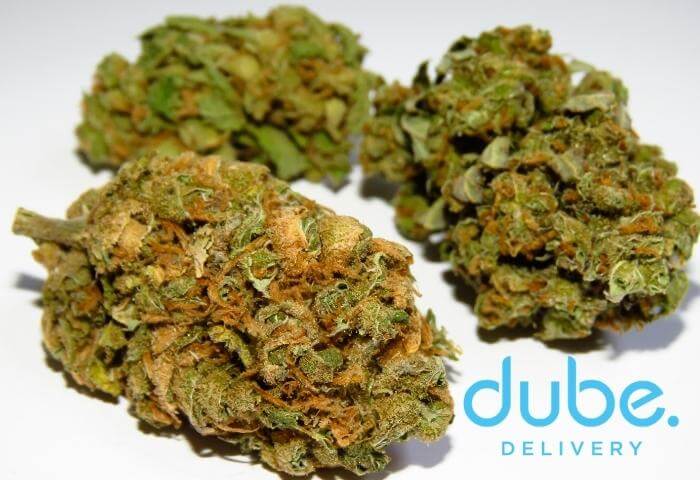 High THC marijuana strains make getting high an easy and enjoyable experience for seasoned smokers. If you’ve been looking for some of the strongest weed strains in Bay Area, Dube Delivery has you covered.

We are one of the oldest recreational and medicinal cannabis collectives in East Bay and Oakland area. Our expert staff at Dube Delivery pride themselves on their excellent customer service and ability to find you exactly what you need.

Visit our online store to find a variety of high-quality cannabis products that we offer.